The Ultraspin separator is one of the simplest and most powerful oil water separators available.

The Ultraspin oil skimmer is an important part of many of our oil water separators. Why do we like it so much? 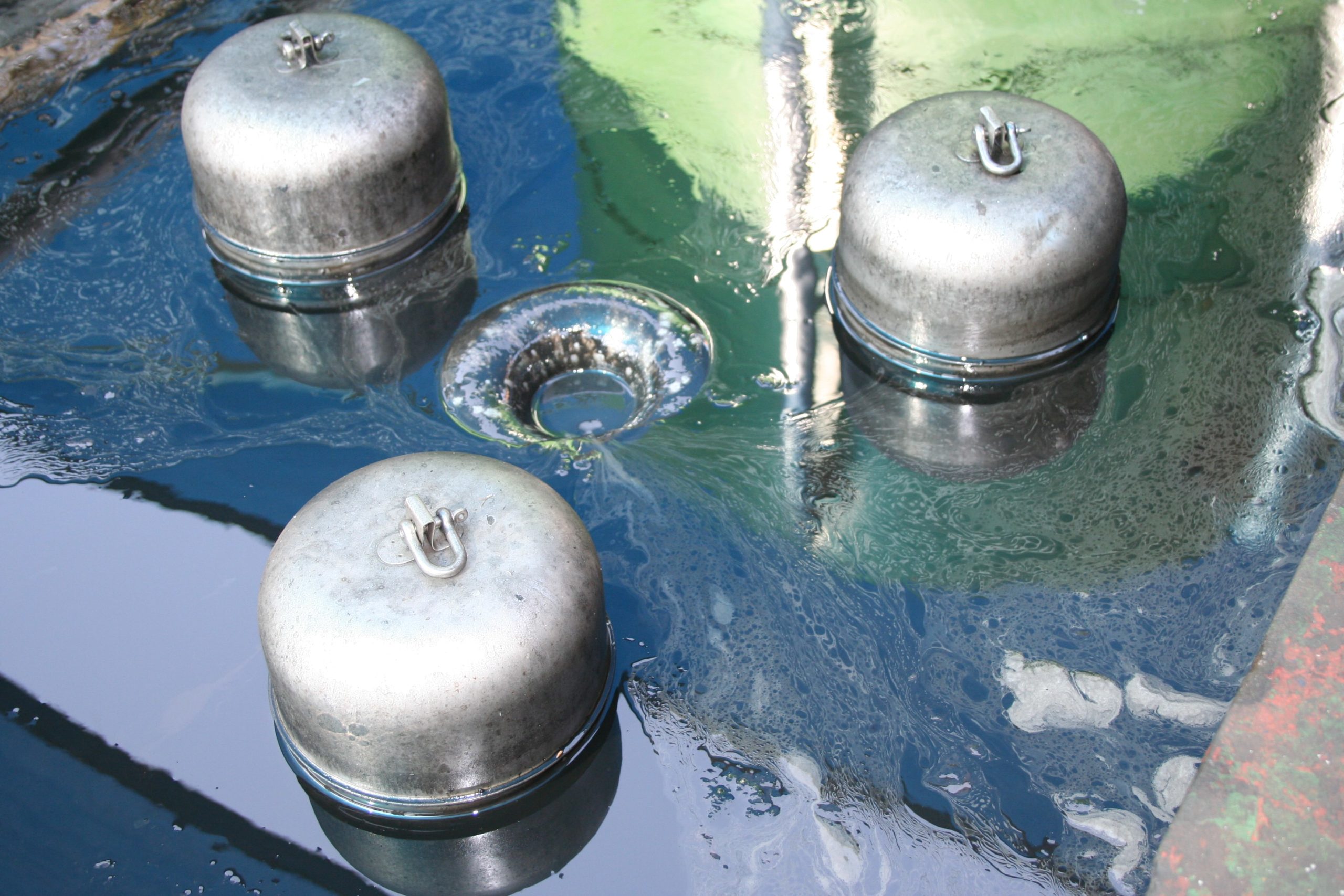 Ultraspin strainers are designed with the operator in mind:

How do the Ultraspin oil water separators work? 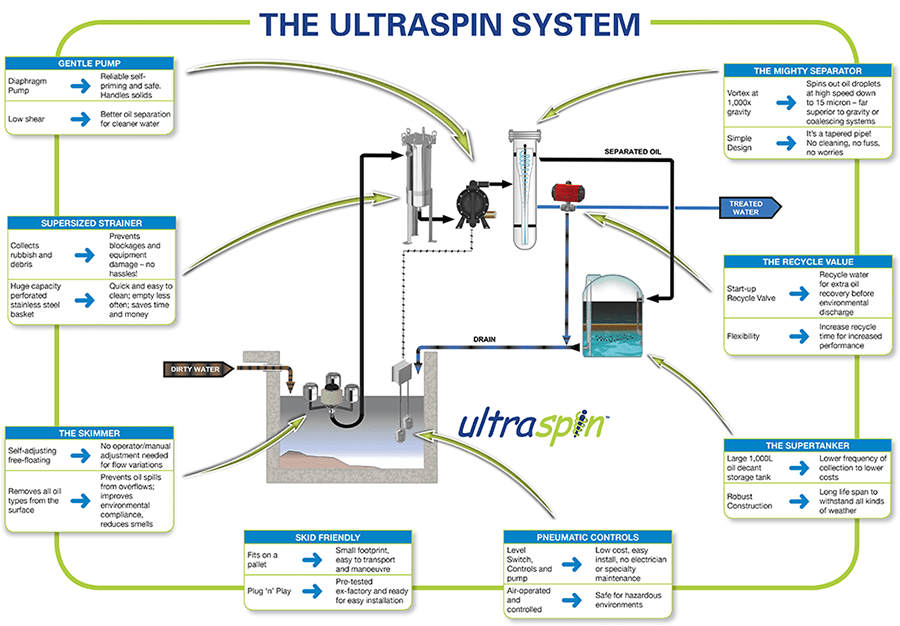 Like many oily water separators, the Ultraspin system separates the oil/fat and the water, based on the density difference – the oil/fat droplets being lighter than the water. To do this, the oily wastewater is pumped tangentially into the separator, which forms a powerful vortex and huge centrifugal forces. This squeezes the lighter oil/fat droplets into the center of the vortex. Two streams are generated: treated water ready for discharge or reuse, and the separated oil for storage and disposal.

The centrifugal separation force generated is over 1000 times the force of gravity, separating emulsified oil droplets as small as 10 microns – and all this with no consumables and no chemicals.

We provide pneumatic and electric control systems that can be manual or fully automatic. We also include additional control features for some customers such as: Start-up recycle: Allows the removal of thick oil layers before treating and discharging water. Multiple treatment of water to increase overall oil separation efficiency when oil droplets are very small, or higher water quality discharge is required. 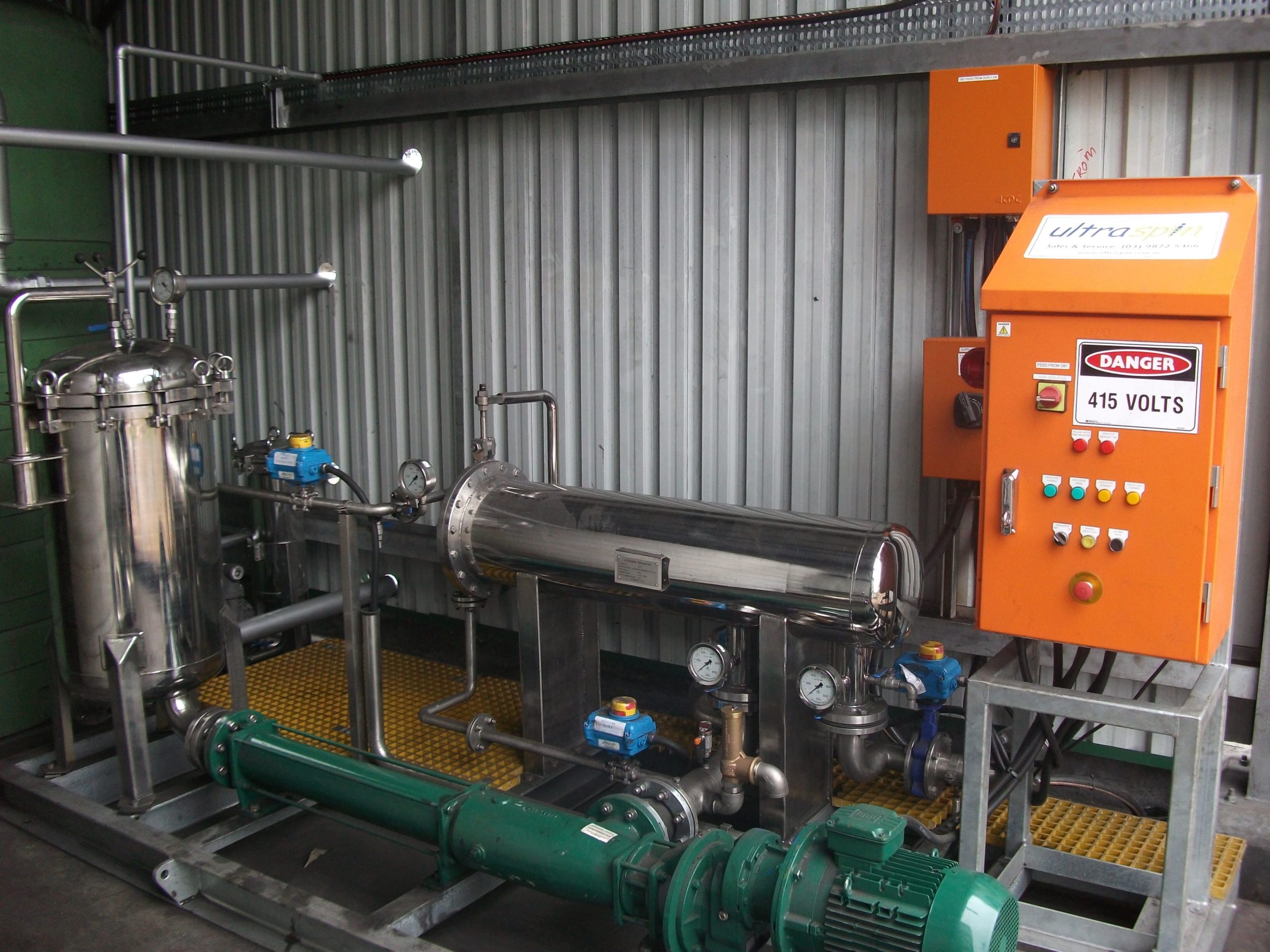 Aerating water is a common and well-established water treatment method. It serves as a simple, cost-effective way to treat a wide range of contaminants that cannot be physically separated. If you have strict discharge requirements, an aeration tank is a good way to ensure you are consistently compliant. Aeration works by releasing contaminants from the water into the air, or converting contaminants into a form that can be discharged.

Pumps are a very important part of an oil water separator, and we are very fussy about pump selection. A poor pump can be detrimental to the performance of an oil water separator. By using our oil droplet particle sizer, we quickly identify pumps that ‘shear’, or chop up the oil droplets, emulsifying the oily water, and making oil separation more difficult. Most vendors don’t have equipment to measure oil droplet particle size, and therefore often select pumps purely based on cost. This results in poor oil water separator performance and a costly mistake for their customers. At Ultraspin we design, select and performance test (with one of our oil droplet size tools) all our pumps to make sure that they are gentle on the oily water and give the very best possible oil water discharge quality. It's one of the many reasons our systems work so well. With this philosophy we are able to offer pneumatic and electric pumps to suit your application. Different materials are also available to suit the application.

One that more effectively removes all the oil, fat or hydrocarbon, and does not need continual adjustment or maintenance to keep working.

•    Oil removal rate of up to 25m3/hr.
•    A floating weir that automatically adjusts to changing water flow rates.
•    The weir automatically stays level, even if the skimmer tilts.
•    No moving parts, which means little to no maintenance.
•    Skims in all directions for complete oil removal.
•    Set and forget, no operator input required.

Procon has been supplying, installing and maintaining oily water equipment for more than 20 years. For that whole time, we’ve had a dedicated servicing and spare parts team, because we know how important that after-sales support is! We supply equipment which are as simple and self-sufficient as possible, but every piece of equipment needs a bit of TLC during it’s lifetime. Whether that’s getting a tech on the ground to go over the system, train the guys on site and make recommendations for improvements, or you just need to refurbish your pump on your own, we’re here to help.

• Genuine OEM parts and unique Ultraspin parts – a one-stop shop, we offer you everything you need to keep your Ultraspin unit in tip-top condition. • Minor and major service spare parts, plus other parts you may need to stock. • We don’t always stock larger flow pumps, and if you have one of these it’s highly recommended that you always keep your own back-up pump on site.

To ensure reliable operation of the Ultraspin system, recommended maintenance is broken up into three categories: minor, major and specialist. We can provide all three services, but are happy for our customers to complete the minor and major services, following the simple instructions given in our manual.

A level of service that can only be carried out by a qualified Ultraspin service engineer. Our engineers are familiar with all aspects of the system design, and can assist with the more difficult things that oily water treatment involves, including: 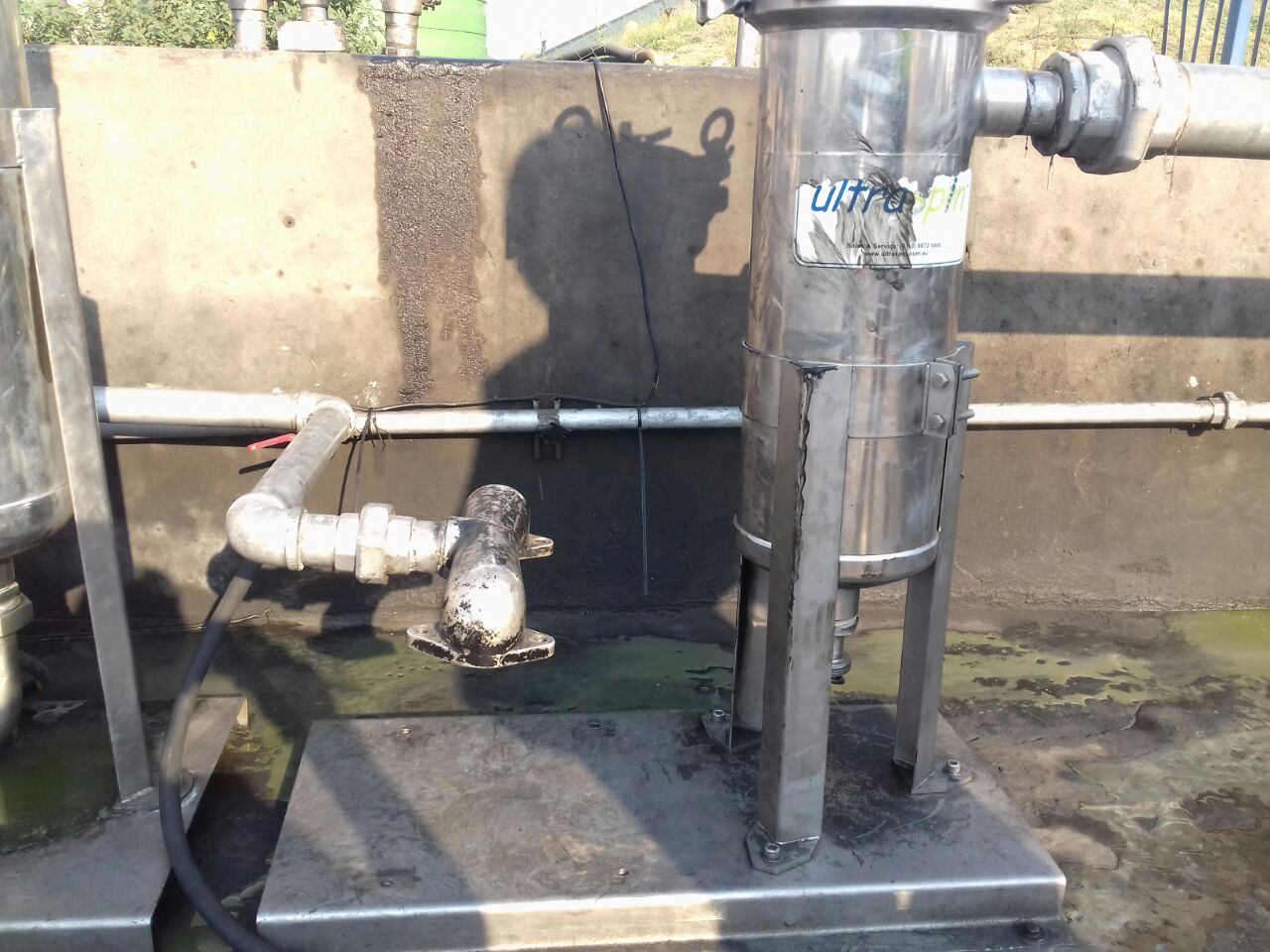 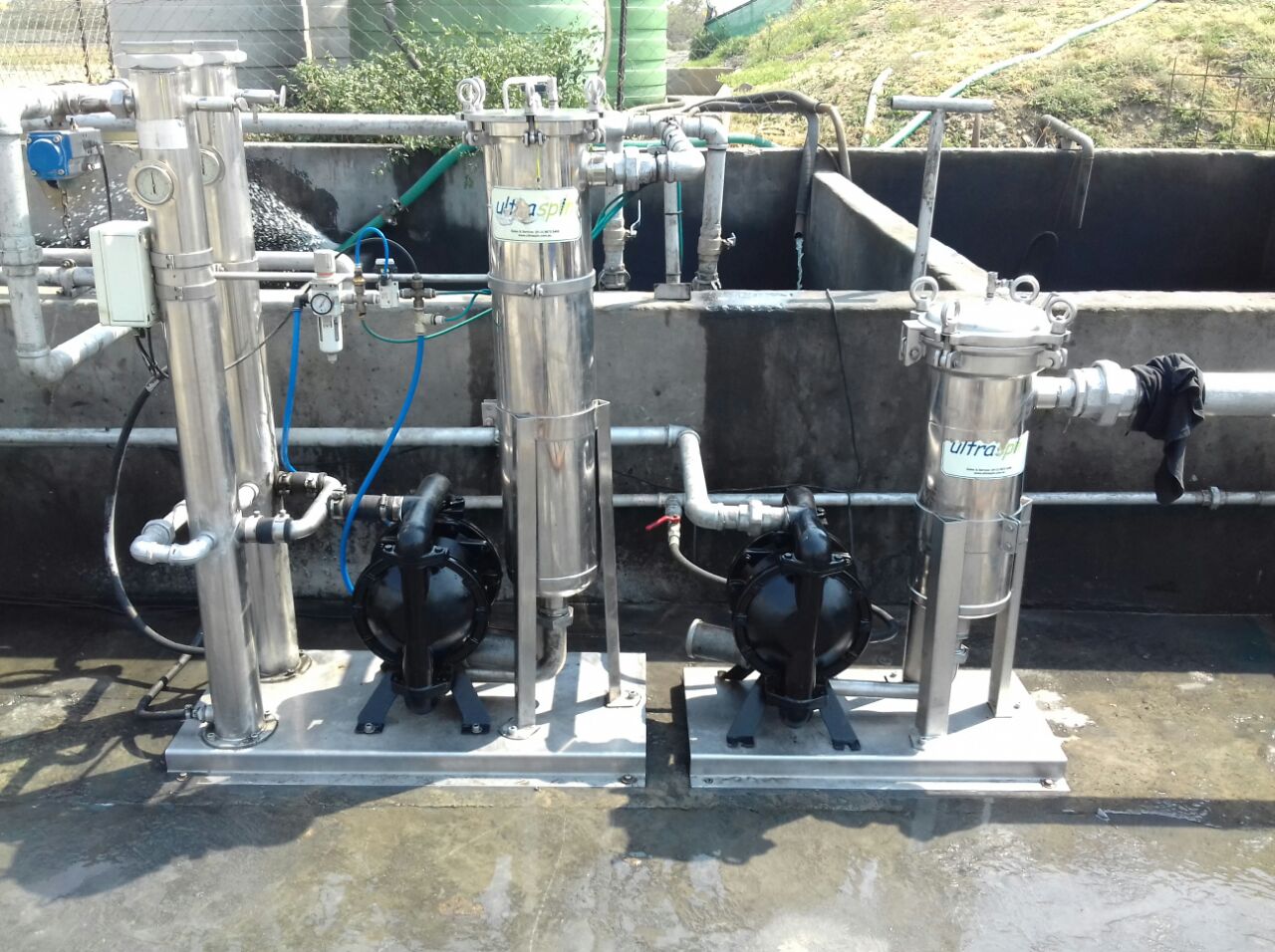 Please fill this form and we'll get back to you as soon as possible.